Last October, during the beginning of my time in Beijing, I wrote this blog post that mentioned air quality with two comparative photos.

Since then, I've been following the blog of James Fallows who also has been posting photos for comparison.

In the last several days -- China has done several things to try to improve the air quality for the Olympics.

Both of these are huge undertakings. Consensus, so far, is that the measures are not working. That said -- I heard it's supposed to rain soon, and there really hasn't been a decent rain in Beijing since the shut-downs and traffic restrictions. 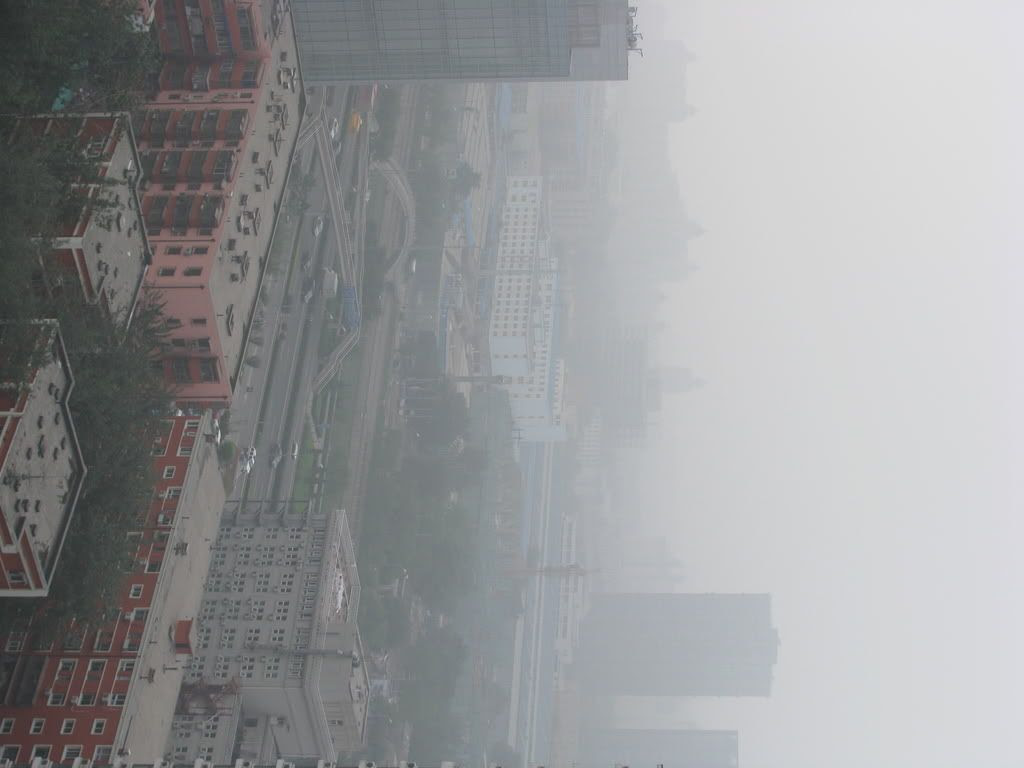 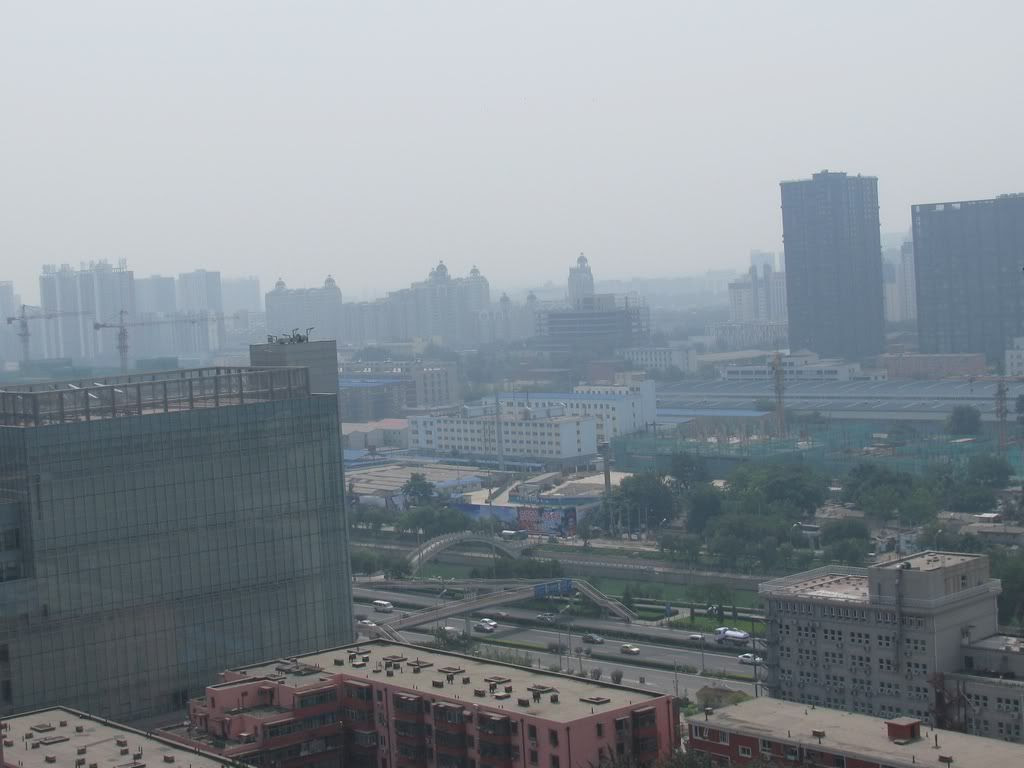 July 15, 2008 Something familiar, something new 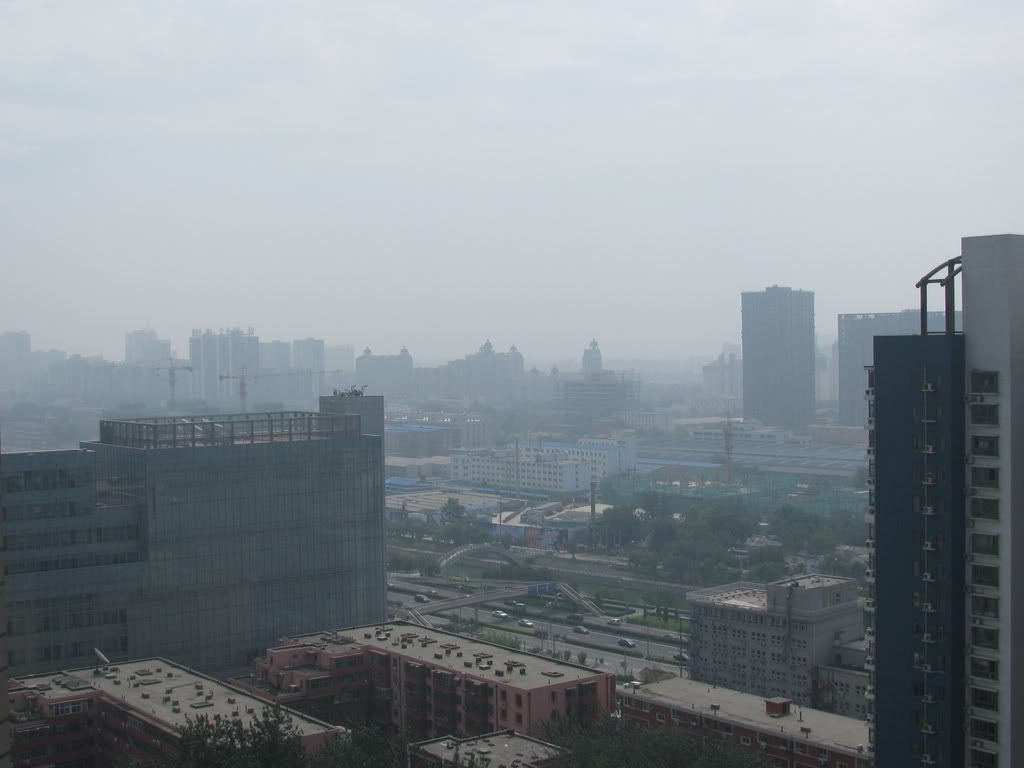 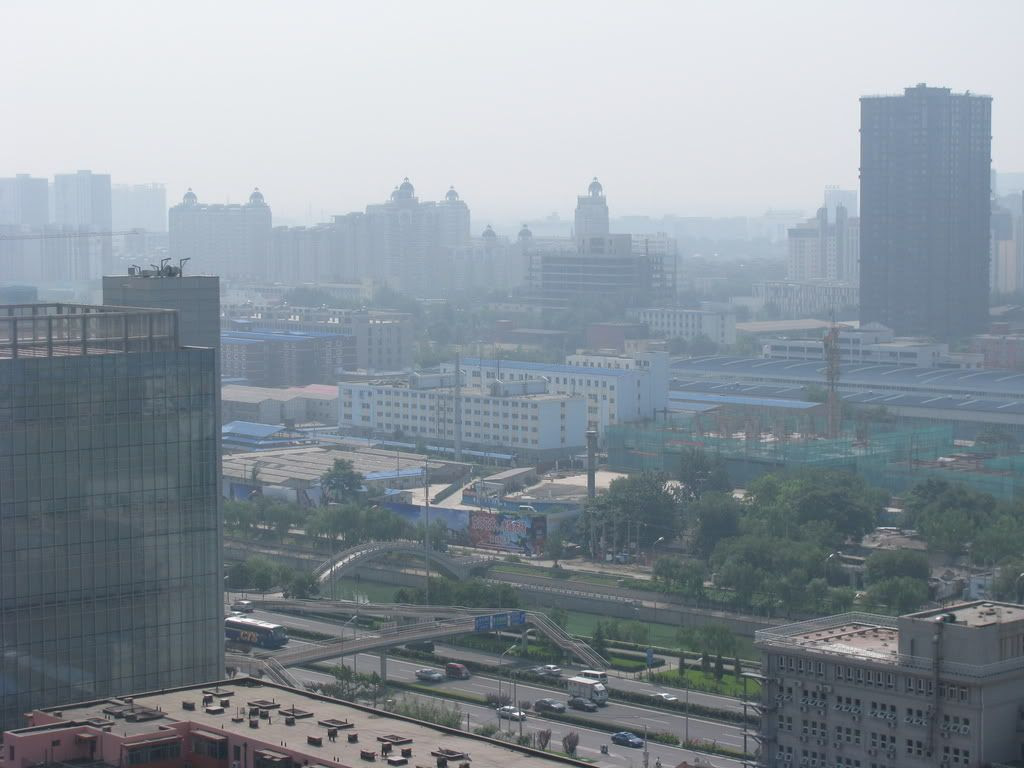 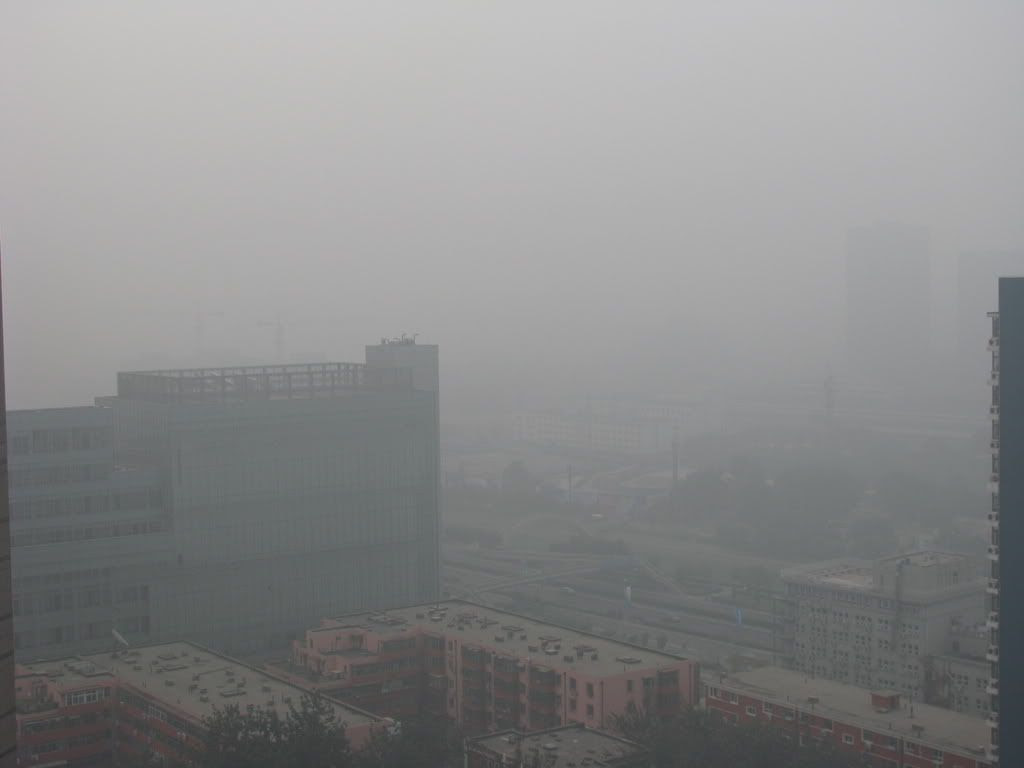 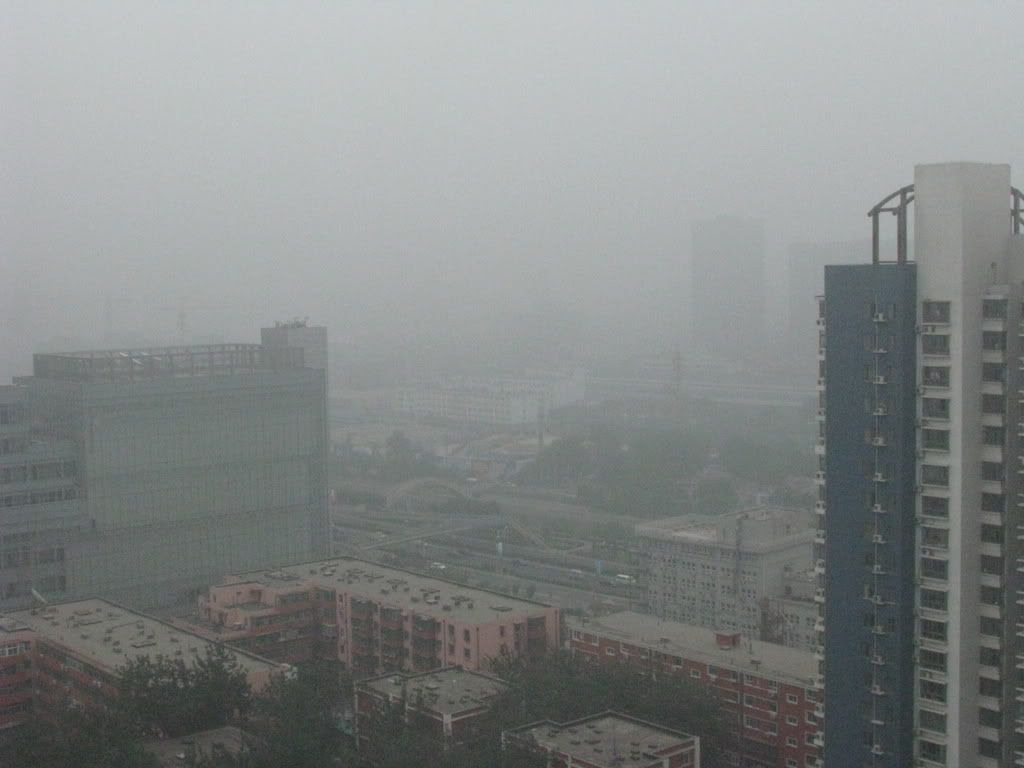 So, that's the view in Beijing. It's not really pollution, it's Olympic Spirit In The Air!
Posted by Gary Allen Vollink at 10:45 AM